Why Did God Want toTotally Destroy the Canaanites? Deut 4:24-5:7

(For more on this topic, check out Paul Copan’s book, Is God a Moral Monster?)

Recently I was take a Ravi Zacharias course and we needed to interview people on their basic beliefs.   I interviewed someone who did not believe in a “judgmental God” like the Christian God.  I should have asked them if that meant they didn’t believe in justice?  That if someone committed a crime as long as they escaped justice on this earth then they were free.  No morality.  No justice.   No need to worry about “right and wrong” as without God, there is no need to.  So what about justice?  Especially with the Amorites/Canaanites (used interchangeably).

One stumbling block for many is this issue of God commanding the Israelites to go into the land they were to possess and kill all the men, women and children.  It has already happened once at the Incident at Baal Peor.  The Midianites dealt treacherously with the Israelites and the Lord said to kill them all for that treachery (see here).  God did not originally intend for their destruction, but their evil actions precipitated the consequences.

But when it came to the Amorites/Canaanites, it was a different story.  In Chapters 2 and 3 we see Israel coming against the Amorites kings of Sihon and Og.  Here are the texts:

Against Sihon, King of Heshbon of the Amorites:

Against Og, King of Bashan of the Amorites:

To our moral sense, this is tough to hear.  Did God really say and do these things?  And if so, why?  Let’s look at the history.

It’s important to understand that this was the very rare exception, not the norm.

God did not just tell them to go kill everyone everywhere as they were to possess the land.  Instead, he told them with the exception of the Canaanites/Amorites, don’t touch anyone or I won’t be with you.

But why the Canaanites?  What did the Lord have against them?  And why so angry at them that he would allow even the women and children to be killed?

The Sin of the Amorites

To understand what was happening with the Canaanites, we have to go back to the book of Genesis.  The Lord shows Abram that his people would be strangers in a country for 400 years.  During that time they will be enslaved and mistreated, but that the Lord would deliver them.  After that time they would come back and take the land from the Amorites.  Look at the verse:

Gen 15:6 In the fourth generation your descendants will come back here, for the sin of the Amorites has not yet reached its full measure.”

Notice what was said.  It wasn’t just that they would come back to the land, but that the sin of the Amorites had not yet reached its full measure.  They Amorites were on a sin trajectory that would require the judgment and justice of God, but they hadn’t reached the tipping point of God’s hand quite yet.  We know from many, many other places that God waits for nations to repent (we see this especially in the book of Jonah).  He is patient, not wanting any to perish (2 Pet 3:9).

So what were their sins that were so terrible?  We find this in Leviticus 18.  The Lord spoke to Moses and said,

“Speak to the Israelites and tell them:  I am Yahweh your God.  Do not… follow the practices of the land of Canaan, where I am bring you” (Lev 18:3).

Then he goes on to list the sins that were so evil to the Lord:

“Do not defile yourself by any of these practices, for the nations I am driving out before you have defiled themselves by all these things.  The land has become defiles, so I am punishing it for its sin, and the land will vomit it out its inhabitants” (vs. 24-25).

And if they didn’t get it, he immediately says it again.

“For the men who were in the land prior to you have committed all tehse detestable things, and the land has become defiled.  If you defile the land, it will vomit you out as it has vomited out the nations that were before you” (vs. 27-28).

And as a fill-in, the god of Molech was a big metal statue with a slanted shelf.  Inside of it they would stoke a burning, hot fire.  On the outside during a ritual the people would chant and beat drums so loud so that when the parents brought their children to be sacrificed, they wouldn’t hear the cries over the beating of the drums.  The drums would be placed on the shelf and the Bible would go to its death in the flames.  It was a practice that infuriated the Lord.

In summary of the sin of the Canaanites/Amorites, they had thrown off any sexual restraint, the most holy part of a man, and they harmed babies.  God literally gave them 400 years to repent but they did not.  It was his love and mercy and his desire not to bring judgment that he waited for very long.

But it was not to be.  They didn’t repent.  It became “culture”  and was normalized.  From one generation after another the evil persisted.  And so God dealt with them as their evil deserved.

So when the Israelites came to the border, the Lord told them not to touch the nations they passed.  But when it came to the land of the Canaanites, their judgment had finally come.  God had waited long enough for them long enough.  This was like Hitler’s genocide that had to stop.

A Disturbing Thought for Today

Some people think that God is just cruel and mean and have nothing to do with them.  This usually and oftentimes comes from an abusive or absent parent or a hurt when God didn’t come through like was demanded.  This is a misunderstanding of God.  God is not like human authority and nor does he do everything in a way we understand as he is the only one who sees the big picture.

Others think that God is all love and it doesn’t matter how they live because God will love them.  They just “try to live a good life” without seeing the evil within their own actions.  This is rampant in the church with young and old alike living together, people sacrificing their babies on the alter of convenience and more.  This is a misunderstanding of God.  God takes sin seriously.  If he didn’t, Jesus would not have had to have died.  The cross was the place of God’s justice.  And if we keep on sinning after we have received a knowledge of the cross, we are in dire trouble before God (Heb 10:26).

Heb 10:26 If we deliberately keep on sinning after we have received the knowledge of the truth, no sacrifice for sins is left

A Justice Day is coming for all the earth.  And I do believe it will be soon.  Those in Christ will escape God’s wrath.  Those who have lived a “good” life or a bad life but have not received the forgiveness of Christ will be hit with God’s wrath because he is a just God.

We all are separated from God and because God is just, we will be recipients of His wrath.  Our only escape is Jesus:

John 3:36 Whoever believes in the Son has eternal life, but whoever rejects the Son will not see life, for God’s wrath remains on them.

For those of us in Christ we must preach, teach and testify to this reality.  People make their own decisions.  The harvest belong to the Lord.  But is our job to testify.

And for those outside of Christ, the Day of Justice is coming. 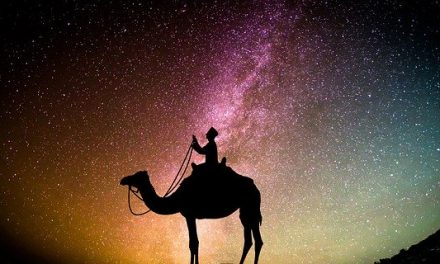 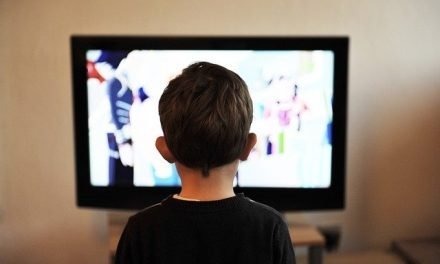 What Are You Bringing into Your House? – Deut 7:26 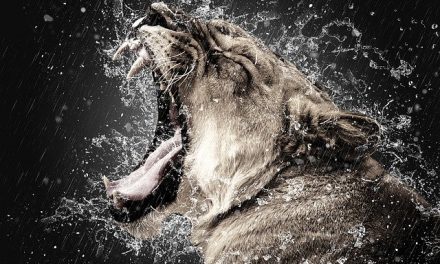