The Power of the Stickman 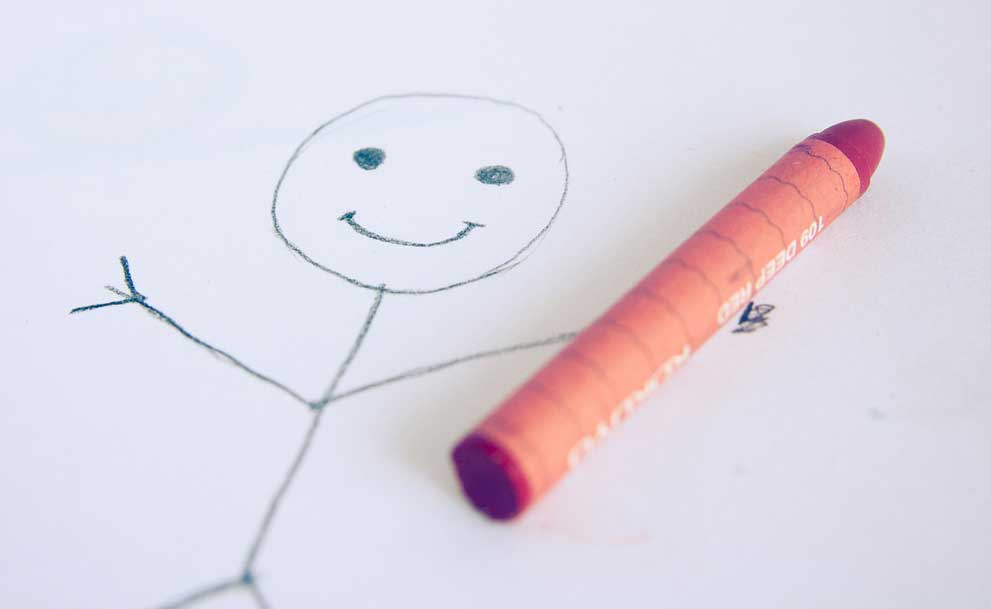 As some of you know this blog was started based on my goal of memorizing the New Testament, Psalms and Proverbs.  I have had a 10 year plan now for about 20 years but I’m always moving forward.  I still am working on year 1 but all in all, I’ve probably memorized 50-60 chapters.  If you haven’t already I’ve written a small book that shows you how I do it called Scripture Memorization Made Possible.  (By the way, I’ve made it as cheap as possible on Amazon to help the most people possible so please take advantage of it at $0.99).

Anyway lately I’ve been taking the same concept, that story is the only true way to remember something, and connected it to stickmen.   It’s been shockingly effective.  But let me rewind.

Story is indeed the foundation of memorization to which we can then attach words.  This has been proven for thousands of years until the advent of rote.  But some Psalms and other parts just don’t seem to have stories.  In fact, it’s just hard to remember what at times seems to be a free flow of concepts.  So the other day I opened the Scripture to Ps 93 and decided I was going to try to memorize it with stickmen pictures.  In less than an hour not only was it memorized, I could retain it the next day!

Today I decided to come to Ps 13.  I’ve already memorized Ps 1-12 but Ps 13 was a depressor and the place I regularly get stuck.  It’s not long, it’s just “How long…” a few more times than is easy.  So today I gave it a whirl.  In less than 30 minutes I had that thing memorized!  I know with a little review it’s going to stick more and more.

The good thing about techniques such as this is that at first all you can think of is the pictures, but they are just scaffolding.  With review that scaffolding falls away and you just know the words of the psalm.  But if you get stuck, the scaffolding will reassemble itself immediately if you’ve built it.

It’s a great way to memorize difficult Scriptures.  Give it a go and I’d love to hear how your journey is. 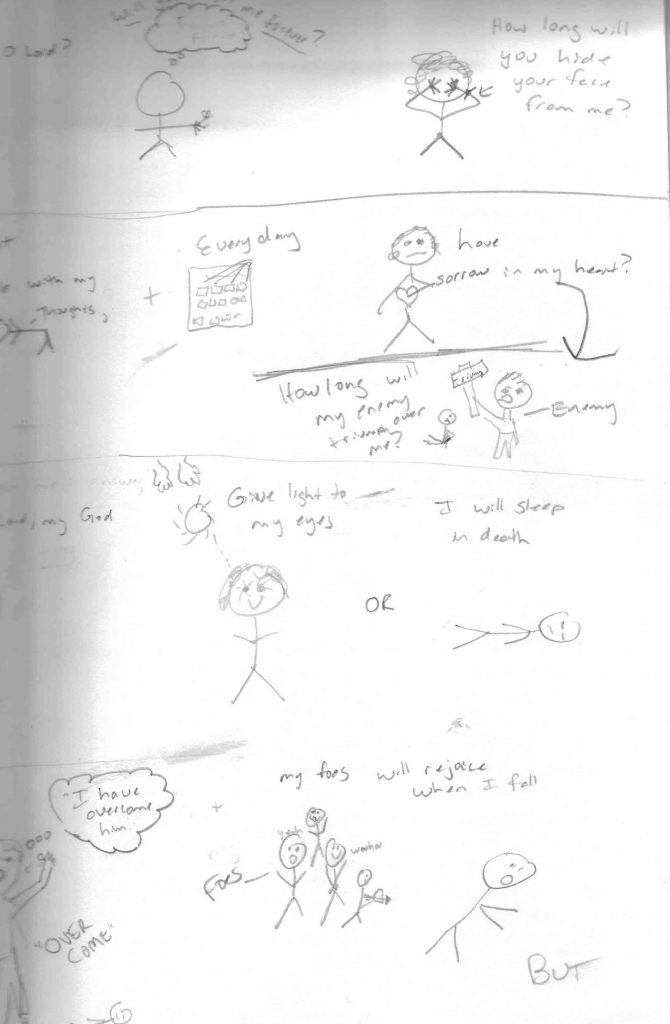 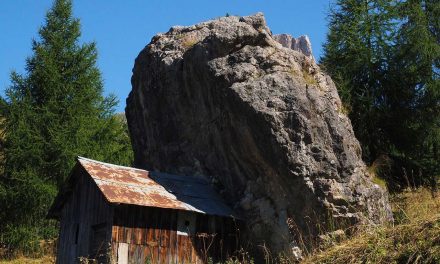 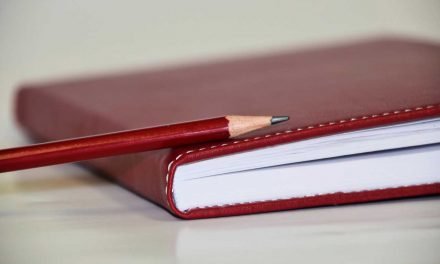 The Journey of Memorization and Personality 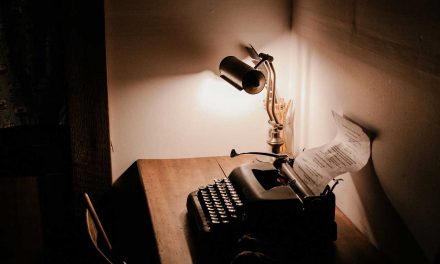