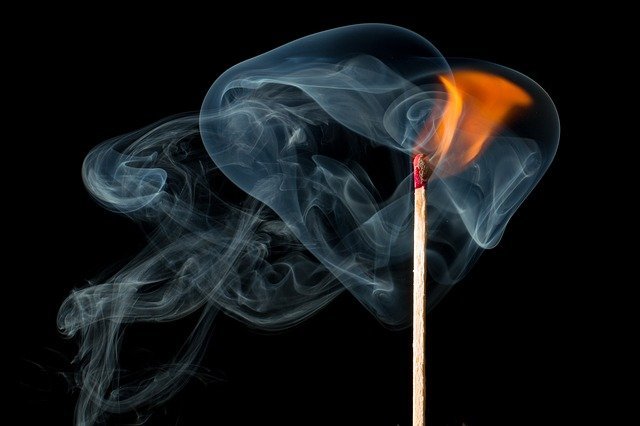 My roommate in grad school used to sell Bibles door to door and through that, she was able to engage in many conversations with people.  One young woman shared with her a life-crushing story.

It was her wedding day and she was excited and nervous to be finally marrying the man of her dreams.  And while she was over-the-top happy for her special day, her bridesmaid was not.  Her bridesmaid kept hinting to her that it wasn’t too late to reconsider marrying this man, was she sure he was a good man, and perhaps they should wait.  It was her wedding day, she was in her beautiful dress, and her best friend was acting irrational and cruel.  The closer the time came for the events to start the more agitated her friend became.

When the bride-to-be was just getting ready to go to walk down the aisle, her best friend blurted out in agony,

She whirled around angrily demanded of her friend, “Why are you acting like this on my wedding day?!”

Her very best friend confessed to her why:

“He and I slept together last night.”

It isn’t the first time something like this happened.  There’s a man in the Bible who experienced something very similar.  And his heartache was no less crushing.

This man was an Israelite with a special call on his life but when it came time to get married, his heart was caught by a Philistine woman.  He demanded that his father get this woman for her as his wife.  His father tried to discourage him but he persisted–he was in love.  The Israelites were being ruled by the Philistines at this time and there was great hatred between the nations.  It was also against the Law of Moses to marry a foreigner.  But the man’s parents relented and the arrangements were made.

This man, his parents and his best friend went down to Philistia to get married.  In the Philistine culture he was given 30 attendants to help him for their week long celebration.  So they married and celebrated delightfully.

But during the 7 day wedding celebration, as is often in the culture, there was an exchange of riddles.  Here’s one:

The answer?  A sandal.

And so this man gave a riddle of his own to the Philistines but with a wager.  If they could guess the answer he would give them 30 pieces of clothing but if not, they had to give him 30 pieces of clothing.  It would be a great way for him to start his newly wedded life.  The bet was on.  And much to the anger of the Philistines they could not guess it.  Not wanting to lose face and be humiliated by their enemy or have to face the expense of paying up, they threatened this man’s wife.

“Make him tell you the answer.  If you don’t, we will kill you and your father.”

So in fear she whined, begged, cried and pleaded with Samson the whole 7 days of the wedding feast.  Samson finally couldn’t take it and told her the answer.  And his Philistine wife went and told her kinsmen.

When the Philistines told him the answer he knew they had squeezed it out of his wife.  He was furious!

With the supernatural strength the Lord had given him, he went and beat up a bunch of Philistines, stripped them of their clothes and gave the 30 wedding attendants the 30 pieces of clothes, settling the debt.  Then in his fury he went to visit his father, alone.

After he cooled off he went back to visit his wife.  But his wife’s father wouldn’t let him go visit her and finally explained to him,

Samson lost his wife to his best friend.

Devastated and exploding with anger as he was twice-betrayed, he rounded up 300 foxes that lived in the rocky crags.  In pairs he tied their tails together with a torch between them, lit the torch, then let the foxes loose to run into their grain, vineyards and olive groves, lighting the land on fire.

When the Philistines learned who had ruined their fields and groves, they violently took Samson’s wife and father and burned them to death.  Then they went after him and attacked him and he fought back, killing many.

The Philistines next came en masse to the land of Judah in Israel to take Samson prisoner.  When the Israelites heard this, they trembled in fear and 3000 of them went to find Samson.  Then his own people tied Samson up and handed him over to their enemies.  When they came to get him, Samson snapped off the ropes, grabbed a jawbone of the donkey and killed 1000 of the Philistines.  Exhausted when the ordeal was over, Samson prayed and the Lord opened up a spring from which he could drink.

Twenty hears later we again find Samson, single and alone, still looking for someone to love.  He was leading the people but was a lonely leader.  This time he found “love” in the arms of a Philistine prostitute.  The Philistines were thrilled to find him in their land again and locked the city gate to trap him.  He merely ripped off the gate and carried it away.

Ever looking for love, he let his heart fall in love again to a woman named Delilah.  The rulers of the Philistines lured her with money to get Samson’s secret to his strength.  Delilah tried and tried, nagging him and manipulating him.  Finally he told her because I believe he really loved her.  But for the price of money she betrayed him to the Philistines.

With his supernatural strength now gone, the Philistines came.  The tied him up.  And they gouged his eyes out.

They threw him in a dungeon and made him a stone grinder and during their festivals to Dagon, their god, they had him perform as a circus act.

On the final night of his life, he was in the arena being forced to perform for the Philistines as entertainment.  Thousands were in attendance.  All the Philistine rulers were there and the people of prominence.

Putting his hands between the two pillars that supported the stadium, with supernatural strength he pushed and they came crashing down.  The stadium collapsed the thousands of Philistines died.

Samson killed more Philistines in his death than he did in his life.

Samson was an unlikely hero.  He hated singleness and wanted to find love.  He married women that were not of his own people and faith, and they led him to the place of compromise.  He couldn’t take their nagging and tears and desperate to be loved, he told them his holy secrets.  It led him to his demise.

It seemed like his life was over.  He was blinded.  He was captive.  He had blown it.

But by faith in God’s mercy on the very last day of his life, he fulfilled the purposes of God in defeating the Philistine army.  God is never done.

And Samson’s great act of faith found him a place in the Hall of Heroes:

“And what more shall I say?  I do not have time to tell about Gideon, Barak, Samson, Jephthah, David, Samuel and the prophets, who through faith conquered kingdoms, administered justice, and gained what was promised; who shut the mouths of lions, quenched the fury of the flames, and escaped the edge of the word, whose weakness was turned to strength; and who became powerful in battle and routed foreign armies…the world was not worthy of them” (Heb 11:32-35, 38).