Jesus was human.  He grieved too.  And his hurt was raw.  Really raw.  He just received news that his dear cousin, friend and predecessor had died an ugly death.  All Jesus want to do was be by himself for awhile.  Grieve.  Cry.  Hurt.  Pray.  Be alone.

So he got into the boat and headed turned the very most remote place they could find in the Galilee.  He walked up a hill and sat down to be with his disciples.  His friends.  His comforters.

But then he looked up.  And lo and behold a great crowd of people were coming to him.  They weren’t thinking of him.  His heart.  His needs.  They were thinking of their own empty souls and broken bodies.

Jesus could have sent them all away and we would have understood.  But he didn’t.

Instead Jesus, out of his grief, began to heal the sick.  He would not be raising his friend from the dead.  It was John’s time to go.  But for these, he healed them.

As evening came there there was a need for meals.  His disciples suggested he send the crowds away.  Tempting as I’m sure Jesus still wanted to just be alone.  But he didn’t.  He challenged his disciples to fill the need.

“We have here only five loaves of bread and two fish,” they answered.

“Bring them here to me,” he said.  Then he organized the people, prayed and blessed the food, and the 5000 were fed.

I hope the sounds of thousands sitting in a grassy slope, talking to each other as the sun set was a point of healing for the heart of Jesus.  Because I can’t imagine breaking bread for 5000+ people when your own heart is breaking. 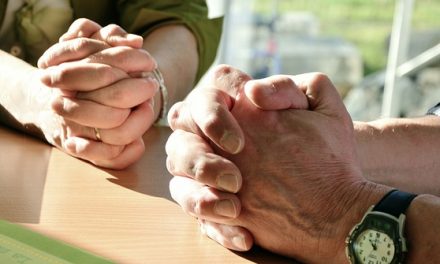