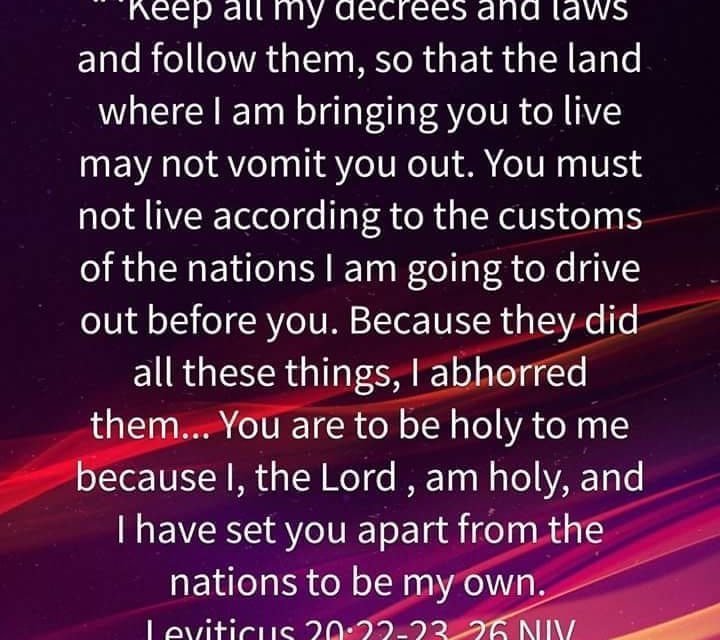 I was thinking about this just this week. I went to a chapel that is considered “one of the most spiritual places in America” and it was holy. Then someone complained right as we were leaving and I felt perturbed. Something holy is not to be touched. You don’t critique it or complain about it. It is HOLY. I felt anger.

And the Lord spoke to me that this is how he feels when something that is holy is violated. He created things such as sexual union to be a holy gift and it makes him angry when it is tainted. Not angry because it is a sin but angry because it violates the holiness of the gift.

And then I watched Samson this week in Branson and it lead me to thirst for the Scripture. It was a holy thirst. Then they sent me a survey afterwards of what I thought, and my thought was, “you never critique something that is holy.”

In Ezekiel says 3x we must learn the distinction between “the holy and the common.” But we have blurred those. These are the days we live in. What’s left that is “holy” among the people? Even among God’s people? Blushing is gone (Jer 6:15; 8:12). There’s a reason scripture says this lack of distinction is “violence to my law” (Ezek 22:26)

And in this I was convicted that I need to be holy, to treat myself as holy, to treat that which is holy as holy. So the words can be written across my heart, “Holy to the Lord.” 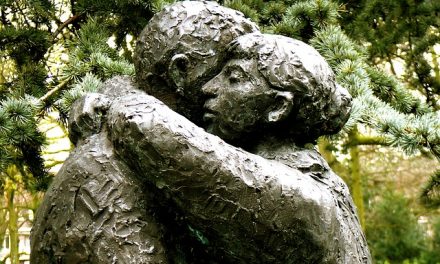